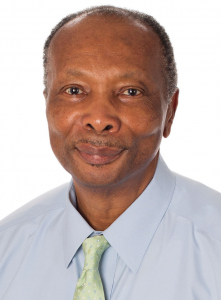 Leroy Johnson is a long-time resident of Columbia, SC. He is retired from both the Marine Corp. and Army, as well as from the South Carolina Department of Corrections. He began working at Senate Plaza as part of the door staff in 1993 and was promoted to Head Doorman in 2000. When he is not working, he enjoys spending time with his son and grandson as well as his extended family. He prides himself in being an active member of his community and his local church.

Back to our team
Yolanda Jones